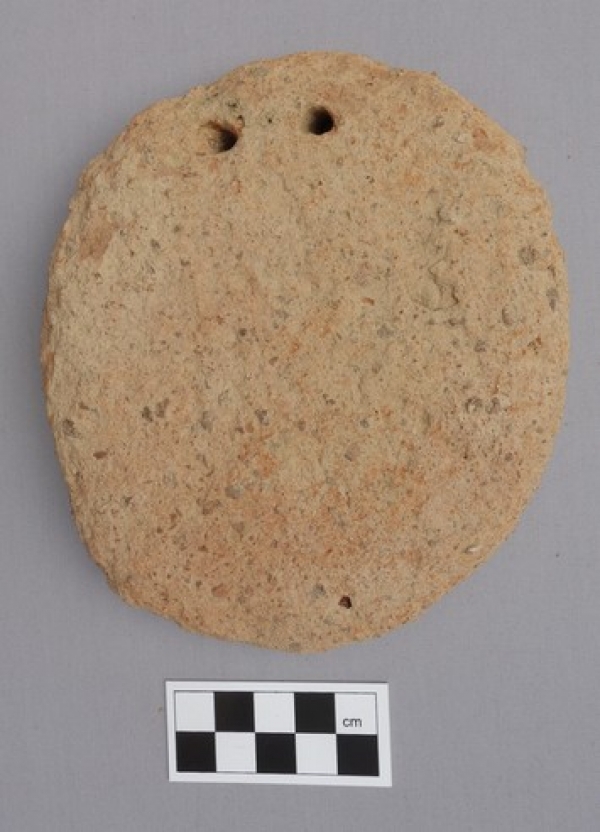 Loom weights are used in a specific type of vertical loom, called a warp-weighted loom. By tying loom weights at the bottom of warp threads, the weaver creates an even tension and has greater control. Loom weights may be stones (from a field or river) of a similar shape and weight, in which case the warp threads are tied around the middle of the stones. Clusters of pebbles with a hole drilled at the top have also been discovered. Other ancient loom weights have been found in Greece were made of lead.

Loom weights from ancient Greece are found with and without decoration and in shapes ranging from discoid, cylindrical, pyramidical, conical, dumb-bell or doughnut-shaped. Different shapes and weights will affect the thread count of a textile. The thread count is the number of threads per centimetre in a weave. More narrow shaped disc or pyramidical weights take up less space than bulkier spherical weights (even if the weights weigh the same), allowing for a higher thread count. The higher the thread count the finer the finished textile (Gromer 2016:112).